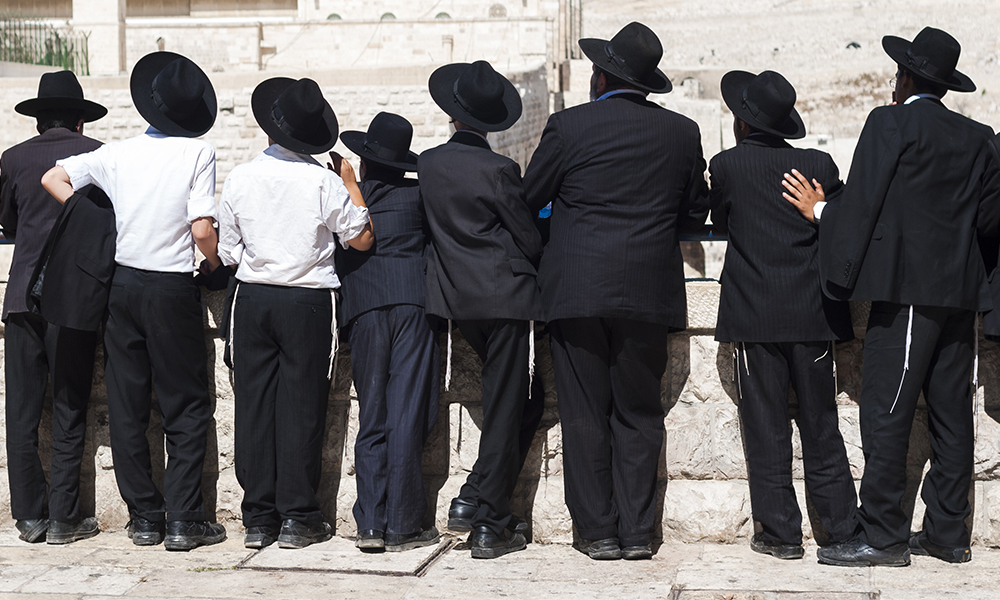 A  Wearer’s Guide for Visiting Jerusalem

What you wear is important in Jerusalem, the meeting place for many cultures and a focus of the world’s three great monotheistic religions. In the Holy City, wardrobe is more than just a fashion statement, it’s a way of identifying who you are, and of who’s around you.You’ll find it easy to identify ultra-Orthodox Jews who make up about a third of the city’s population.

First of all, all Orthodox Jews, and many who are less stringent about observing the Commandments, cover their heads. Some say it’s a sign of submission to the will of God, others attribute the custom developed to a desire to differentiate from Christians, who uncover their heads as sign of respect.

The distinctive clothing has its origins in medieval Eastern Europe; in some localities, Jews were forced to set themselves from the general population by the clothes they wore, in others they did so voluntarily.  Black robes (kaftan) and round fur hats worn by male of some Hasidic sects reflect the fashions of 12th-century Polish nobility, Sephardi Middle Eastern Jews and some others favor black business suits, white shirts and broad-brimmed Borsalino hats. Subtle differences are also seen around the ankles. Some sects wear high white socks, other black ones of similar length, followers of the Gerer Rebbe, tuck the bottom of their trousers into high black socks, and Viznitz Hasidim wear high black socks on weekdays and white ones on the Sabbath. 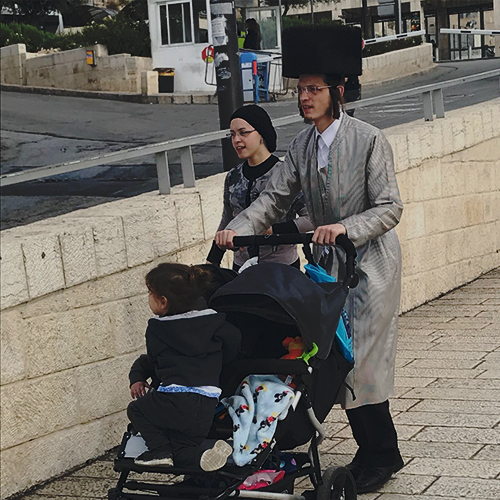 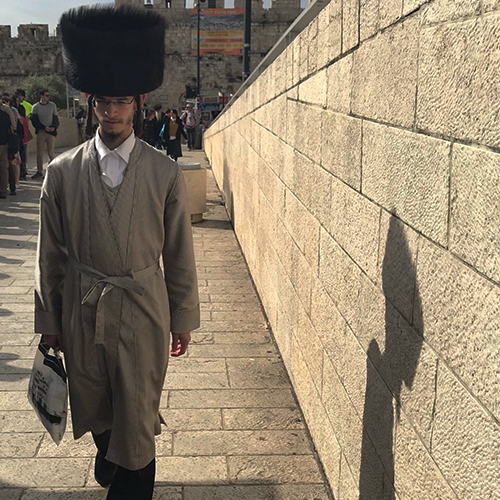 There are similar standards for ultra-Orthodox women, all in keeping with the principles of modesty.  This generally includes long, conservative skirts, certainly below the knee, sleeves past the elbow and high necklines, with no hint of cleavage. Wearing stockings to cover the legs is the general rule, depending on the degree of religiosity.  In the most devout Hasidic courts the stockings must be opaque.  Married women always cover their hair – sometimes with a wig, sometimes with a scarf or hat, sometimes with a combination of the two. Women from a few especially devout groups have shaved heads under all that “protection.”  An experienced tour guide should be able to provide a more detailed description, for those who are interested.

Dress standards are less restrictive for Modern Orthodox Jews, many of whom live in the Jewish Quarter of the Old City.  It’s easy to spot the women, many of whom wear floor-length skirts and sports shoes and a scarf to cover their hair, and the men with knitted yarmulkes on their heads and tzitzit, the ritual fringes described in the Book of Exodus, hanging out from under their shirts or sweaters.

Standards of modesty for Muslim women aren’t very different. Married women wear long sleeves and cover their legs, and a hijab to hide every strand of their hair. Devout Muslim men usually have beards, some also wear long Egyptian-style galabia robes and a taqiya, a short, often-crocheted skullcap emulating what the Prophet Muhammad is said to have worn to cover his head. 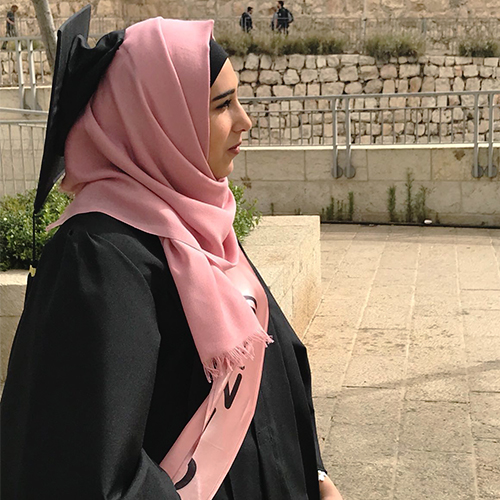 And though lay Christians have no special dress code, it’s easy to pick out the habits of Roman Catholic and Orthodox Christian nuns, and priests of the various denominations in their distinctive robes and headwear.

They byword in the Old City, then, is modesty – perhaps with a capital M.  And if you’re about to ask how that affects the casual visitor or tourist, the answer is simple:  As they say about Rome, when in Jerusalem do as the Jerusalemites.

So if you’re on the West side of town, in the commercial center where most anything goes, that means dressing more or less as you please. Tank tops, short sleeves, short skirts and shorts are not verboten – though, of course, you shouldn’t dress as if you’re headed for the beach.  The rules change when you’re headed for one of the major tourist attractions, particularly those connected with religion, or when you’re headed for – or through – the religious Me’ah She’arim or Geula neighborhoods a few blocks north of Jaffa Road.

For men, that means long trousers – or at the very minimum, long shorts – and tops that have sleeves.  For women, it’s recommended to wear tops that cover up to the collarbone, sleeves that extend to below the elbow, skirts that reach below the knees at the very least. Reading between the lines, that means no trousers.  Those who feel it’s especially hot and feel compelled to expose more can stow a long flowing skirt, and maybe a shawl as well to cover the shoulders.  At some sites, including the Western Wall – the exterior retaining wall of Herod’s Temple – wraps are sometimes handed out to women visiting the section reserved for them on the right side of the Wall itself.  If they start lending them at the entrance to the Temple Mount tunnels, just left of the Wall Plaza, ask no questions and take one:  It gets cold underground.