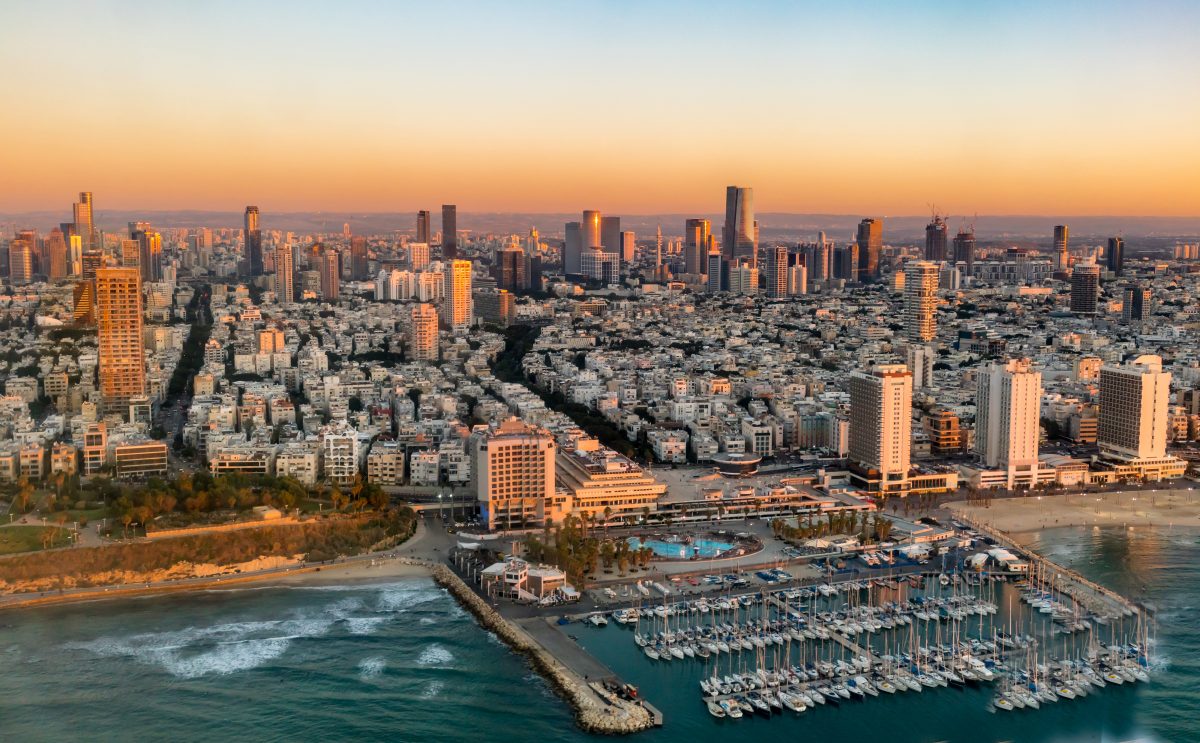 Imagine glitzy skyscrapers towering over streets teeming with trendy coffee shops and designer shops and bustling with the sheer energy of a financial and cultural powerhouse: welcome to Tel Aviv!

It may be relatively young and compact for an emerging global financial center, but don’t be fooled by age and size: Tel Aviv has a sack-full of hidden treasures and is well-worth a couple of days spent in it during your upcoming visit to Israel.

Above all, first-time visitors are surprised to learn that Tel Aviv is just over a hundred years old, and that it has recently made the prestigious UNESCO list of World Heritage Sites. It turns out that the city boasts thousands of buildings – the world’s biggest concentration, by far – belonging to the German “Bauhaus” architectural movement of the 1930s and 1940s. These once-elegant structures, many of which are now regaining their original splendor through meticulous restoration and renovation projects, were built mainly by Jewish architects who escaped Hitler’s Germany and made it to pre-Israel Palestine. Due to the buildings’ original white color, the young city of Tel Aviv came to be known as “The White City”, and a hallmark of architectural innovation and modernity: a “Little Berlin” nestling on the golden Mediterranean sands, under the blazing Mediterranean sun.

Wandering the streets and discovering these gems is part of the magic of Tel Aviv, Israel’s capital in all but name. Then there’s the world-class nightlife, the great museums and theatres, the lust for life in Israel’s coolest city. The often-heard comparisons to like-minded cities around the world speak for themselves: Tel Aviv is indeed a miniature version of New York in its spirit, a minor Berlin in atmosphere and a small Miami in its architecture and attitude. If you want to understand what makes Israel tick, a couple of days here would be a pleasant way to learn!